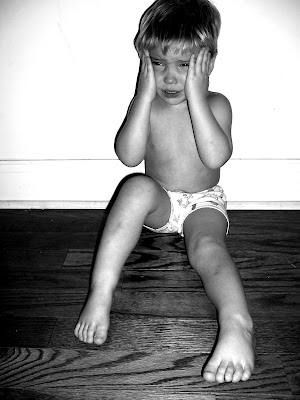 by Dr. Dathan Paterno
“Go to Time Out!” You’ve heard of Time Out. It’s all the rage for parents who want to discipline some other way than beating the snot out of their kid. When I was a youngster, Time Out meant sitting in a corner with my nose against the wall. Sure, it seemed to help curb whatever heinous sin I was committing that day, but it also advanced my unparalleled expertise in differentiating paint scents.

If you read parenting books or watch any shows that advocate Time Out, you are aware that there are about 100 ways to do it.

But what is the right way to do Time Out? Is there some magic to Time Out that represents the necessary and sufficient kernel? Is it really one minute for every year old? Will your 6-year-old devolve to Unabomber status if you only do four minutes? Can we do without some parts of Time Out to achieve the ultimate goal of changing behavior?

Let’s start with some fundamentals. Time Out is not designed to be a punishment. Huh? Kids hate Time Out; doesn’t that make it a punishment? Well, yes and no. Punishment, by definition, is any stimulus that reduces the frequency of a behavior. If Time Out works to reduce a behavior, then it is indeed a punishment.

But more importantly, Time Out acts as reinforcement removal. This isn’t just a fancy-pants shrink term. It simply refers to the fact that some of the things parents do inadvertently reward or reinforce the very behaviors they want to get rid of. Time Out simply removes the child from that reinforcement or reward.

Yelling, screaming, nagging, threatening, reminding, mocking, teasing, are some of the chief culprits. What parent hasn’t fantasized that if they only give their command louder or with a more serious tone that Junior will listen? But your child isn’t deaf and he isn’t stupid. He’s just busy soaking up the attention. Yes, believe it or not, your angry yelling and reminding and lecturing are all highly reinforcing to your child, because one of the things your child craves is your attention.

So Time Out’s goal is to temporarily withhold attention from the child, because it’s just not a good idea to reinforce bad behavior. So how should Time Out actually be done?

Remember to reinforce him once he begins to comply with the original request/expectation. This is your chance to give Junior the positive reinforcement that you want to shower on him and that he craves! Be as vigilant with positive and compliant behavior as you are with misbehavior. You want him to thrive on positive interaction and social reinforcement.

So that’s the scoop on the best way to do Time Out.