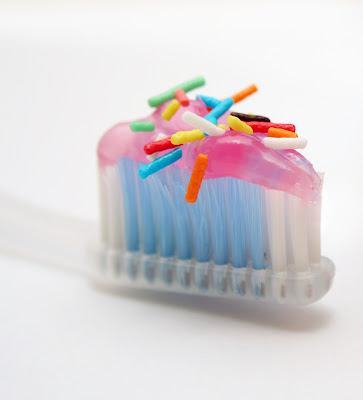 Paterno Research Group, headed by Dr. Dathan Paterno, has concluded an investigation into dietary cures for depression. The prestigious team of dedicated scientists has determined that one of the most effective treatments for depression is the donut. Assistant Lead Researcher Eden Paterno noted that chocolate cake donuts seemed to have the most immediate positive effect, while study volunteer Micayla Paterno’s mood was most powerfully boosted by glaze donuts.

As with most biological treatments, some subjects responded weakly to one form of DT (Donut Treatment) but positively to another. For example, Dr. Paterno’s depressive symptoms were most effectively ameliorated with a high dose of jelly-filled donuts.

Oh, if it were only true; I’d be the happiest guy on the planet.

But seriously, diet is one of the most neglected areas of intervention for children with attention, behavioral, or mood problems. Food allergies and sensitivities, blood sugar regulation, and other dietary issues can have an enormous impact on a growing child’s brain and body function.

If your child has mood problems or ADHD-like symptoms, try changing the following to rule out dietary problems that could be the culprit:

Food dyes, such as Red Dye #6 and Yellow Dye #1 are notorious for creating hyperactivity or general goofiness. These unnatural chemicals are found in many sweet foods, particular processed foods with bright colors.

Too much sugar! While most people’s behavior is not affected by sugar intake, many children produce too little of the hormone that prevents blood sugars from dipping too low. When this happens, the child feels sluggish and often attempts to “whip himself up” with silly, hyperactive behavior (the same phenomenon one sees in the overtired child).

Magnesium deficiency. Magnesium is taken out of white sugar, white flour, and table salt, while soda limits the body’s ability to absorb magnesium. Too little magnesium can cause or worsen restlessness and irritability.  Several studies show that ADHD children are deficient in many common minerals, most often in magnesium, zinc, and iron, and that magnesium supplementation significantly decreases the hyperactivity symptoms in these children. Switching to whole wheat, natural sugars, and sea salt can also make a huge difference in some children.

The good fatty acids, such as Omega-3 and Omega-6. These produce essential fats such as ALA, EPA, and DHA. The best places to get these fatty acids are flaxseed oil and fish like salmon and trout.

It may be hard to believe, but many children have an allergic reaction or a sensitivity to foods like wheat, soy, milk, eggs, chocolate, corn, yeast, and certain juices. Systematically eliminating these foods from the diet can uncover the allergy/insensitivity and make an enormous improvement in behavior and mood.

If Junior is depressed, make sure he eats enough and is not overeating. Either can worsen depressive symptoms. Eating junk food often depresses the body; the mind responds to this by depressing itself. Caffeine or nicotine use can also worsen depressive symptoms, particularly when the stimulating effects wear off. Lean high-protein foods such as chicken, tuna, and turkey, on the other hand, help boost alertness and sustain energy throughout the day. Make sure Junior gets enough of good protein.

If your child is anxious, make sure he doesn’t have food allergies. Also, make sure Junior isn’t sneaking caffeine, as its high-powered stimulant effects can create or worsen the symptoms of anxiety. Finally, a diet rich in complex carbohydrates (e.g., whole grains, legumes, fruits and vegetables) boosts the production of serotonin far better than simple carbohydrates (i.e., sugars).

Obviously, one of the worst food choices doesn’t involve the type of food but the amount of purpose of eating. Overeating often stimulates negative thoughts, such as “I’m pathetic; I can’t control myself. I’m going to look awful because I keep eating like this.” This induces depressive feelings, which then creates a perceived need to self-sooth, often with more food. This cycle can be quite destructive.

So instead of using food as a pacifier, use exercise, relationships, and other healthy coping mechanisms; I’ll write about those in a future post. For now, eat healthy to feel well, inside and out!

P.S. The Donut Research Study also concluded that exercise should be part of any depression treatment plan—especially to counteract the “widening” side effects of DT.