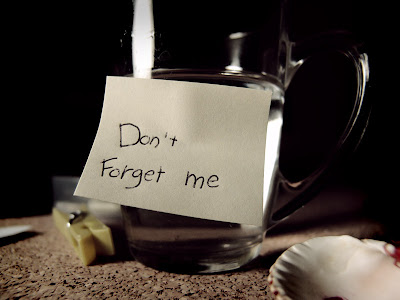 Most people are aware that Drew Peterson was arrested Thursday for the murder of his third wife, Kathleen Savio. The arrest comes more than five years after her death. Understandably, the media pay very little attention to their two teenage children or to the two pre-school children he had with his fourth wife Stacy, who disappeared in 2007 and whom many believe Peterson also killed. While preferring not to drag the children into the media spotlight, it can be useful to consider their plight throughout this ordeal.

How does all of this affect them? Can we even begin to comprehend the trauma that has been foisted on the most unwilling victims of this twisted, evil drama? The combination of emotional and psychospiritual crises that follow are like a defenseless boxer suffering a punishing combination of violent blows, with no referee to mercilessly end the fight.

The first blow for each child was the death of their mother. If this were not traumatic enough, the circumstances surrounding their deaths or disappearance are shrouded in mystery and grave suspicion. Not only does trauma stunt emotional growth, essentially freezing the child at that particular stage of development, but the death of a parent raises all kinds of intense existential questions. Children are ill-equipped to answer those questions or to get themselves unstuck developmentally.

The second blow comes when they realize that a great many people—including their mom’s families, many in the media, and state prosecutors—hold their father responsible for these deaths. They now have to live with the fact that most people perceive their father as a serial wife murderer. Combine this with the developmental fact that children implicitly trust their parents and one can understand how the children are facing a crisis of reality testing:

“How can I believe he is innocent when so many are convinced otherwise?”

“What if Dad really did murder Mom like they say?”

“If my father lied to me all of these years, can I believe anything or anyone?”

At some point, each is likely to descend into an abyss of doubt surrounding their entire perception of reality. It is hard to imagine anything more frightening.

The third punishing blow arrives from the knowledge that their peers know that their mother was murdered and that the prime suspect was just removed from their home. Any volunteers for a play-date at the Petersons? I think not. And what parent would allow their daughter to go to prom with the kid whose dad whacked his mom and his step-mom? These children will likely struggle with unimaginable, albeit utterly undeserved shame and embarrassment.

Fourth, these children will inevitably face the question of their own capacity for evil, even murder. Regrettably, Drew Peterson was and continues to be his children’s primary role model. His boys instinctively want to be like him; they also innately know this to be true. “If Dad was capable of murder, am I too?”

How in the world can these innocent children possibly endure such an onslaught of trauma? First, it is impossible to expect them to survive without significant emotional pathology. Depression, extreme anxiety, confusion, poor school performance, irritability, and even altered states of reality testing would all be utterly normal for children suffering as they are. Everyone around them—including mental health professionals—must avoid diagnosing their suffering and focus on normalizing their experience and set of responses to their traumatic experiences.

Second, many children possess astounding resilience in the face of trauma. Consider the survivors of Auschwitz; many of them are amazingly healthy. There seems to be an innate quality in some people of bouncing back from trauma. Some even rise above their trauma by working with others who experience trauma. One example is Susan Murphy-Milano, whose police officer father brutally murdered his wife in front of her. She has become a fierce defender of victims’ rights and a nationally recognized women’s advocate. Perhaps some of the Peterson children will possess this elusive quality.

Third, these children must have a network of extended family with Herculean strength, resolve, compassion, patience, and wisdom. They must replace both their mothers and their father in modeling justice, truth, love, honesty, and understanding. They must be able to balance the need to offer truth to the children—in doses they can handle—with a fierce instinct to protect them from the depth of the harsh realities involved in this narrative. They must also be prepared to answer the inevitable existential questions that will come. “Why did my dad murder my mom?” “Why did God allow him to do that?”

Finally, someone should suggest to the teenage boys that as soon as they turn 18, they appeal to a judge to change their last name. It just isn’t good for them to be Petersons anymore.

Dr. Dathan Paterno is a Licensed Clinical Psychologist in Park Ridge, IL. He can be contacted at drpaterno@prpsych.com.

He is also the author of the soon to be released Parenting Book,“Desperately Seeking Parents.”