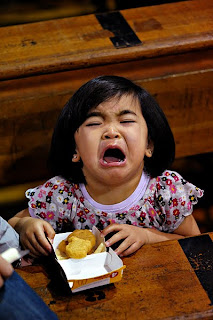 Teachers, parents, social workers, and all who deal with children on a regular basis: listen up. There’s a new disorder on the block, and whether you like it or not, it’s going to change the way you deal with children. The American Psychiatric Association has just completed work on the latest edition of its standard diagnostic manual, labeled the Diagnostic and Statistical Manual of Mental Disorders, 5th Edition (or DSM-V for short). Every new edition brings a host of new official disorders; the new 5th Edition is no exception, including a whopping 14 newly labeled emotional illnesses.

The newest disorder that will most likely affect children will be Obnoxious Disorder (or “OD”). It will be included in the section called Disorders Usually First Diagnosed in Childhood—the same section that includes Attention-Deficit/Hyperactivity Disorder—although adults may also be diagnosed. As with ADHD, there are three official types of the disorder, but they all share some common symptoms. The official DSM-V criteria for Obnoxious Disorder include:
1. A pervasive pattern of behavior that others find obnoxious, highly irritating, or otherwise intolerable.
2. Despite behavioral cues (such as punishment or social ostracizing), the child is unable to reduce his/her obnoxious behavior.
3. The behavior causes significant distress in relationships with peers or adults, or in the child’s academic performance.
4. The obnoxious behavior is not a result of a general medical condition or of substance abuse.
The first of the three specific types of Obnoxious Disorder is Bodily Noises Type (Type I), characterized by “loud and incessant noises produced from natural or forced bodily functions, most often used for attention or disrupting serious situations (such as class, worship services)”. The second type is New Toy Craze Type (Type II). As the name suggests, this includes “behavior—often extremely loud and incessant—used by the child either to convince a parent to buy a popular new toy or to show off his/her possession of the new toy”. This type is differentiated from the more benign Barbie Obsession Disorder. Finally, Type III is Precocious/Bragging Type, which is marked by “an obsessive need to exhibit intellectual, athletic, or other strengths; these exhibitions are repetitive and are usually not welcome by peers or adults”.
Tomorrow, I will describe the prevalence and causes of OD, then discuss treatments and preventative measures.