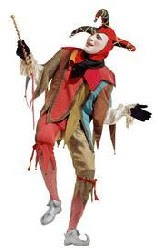 A recent study by the Brookhaven National Laboratory appears in the sadly prestigious Journal of the American Medical Association; the study proves nothing scientifically, but indicates that mainstream ADHD researchers are either conspiring to devolve research to Dark Age quality or are borderline mentally retarded.

This study’s patently ridiculous conclusions and blind presuppositions would be comical, were the public generally able to view research studies critically. Let me point out some of this study’s follies so you can do just that.

Supposedly, they discovered that ADHD patients lack key proteins that allow them to experience a sense of reward and motivation. Using PET scans, they focused on the chemical dopamine, a key regulator of mood and arousal. Those who had a diagnosis of ADHD had lower levels of both proteins in two areas of the brain known as the nucleus accumbens and midbrain. Both form part of the limbic system, responsible for the emotions, and sensations such as motivation and reward.

Patients with more pronounced ADHD symptoms had the lowest levels of the proteins in these areas.

Now, on the surface, this seems impressive and conclusive. People with ADHD don’t produce these proteins! Aha!

But there is a critical error here that even most first-year undergraduate students can decipher.
The error is to assume that the brain differences are the cause of the inattentiveness, boredom, and hyperactivity, rather than the other way around. Here we have our most eminent researchers breaking one of the crucial laws of scientific research: correlation does not equal causation.

Let me give an example. A scientist who believes that animal behavior causes changes in the natural world notices that a rooster crows every time the sun rises. These two things go together; they are correlated. A poor scientist would conclude that the rooster makes the sun rise by its crowing. A wise scientist might consider this possibility but also wonder if it were the other way around—maybe the rooster crows because the sun rose. Duh…

Similarly, children who have lower proteins might be born this way; indeed, these lower proteins may result in the symptoms of ADHD. But only the most biased or stupid scientist would ignore the possibility that lives marked by boredom and a lack of motivating experiences might manifest in brain functioning. Yes, our brains respond to our environment and our choices, everyday and in multiple ways.

So why would a scientist ignore this? Presuppositions. The scientists in this study clearly approach the data with a strong bias—that people with ADHD symptoms have these symptoms due to inherited, innate differences in the brain. The problem is that they can only perceive data from one angle or perspective. This is science at its very worst.

The second moronic conclusion of this study comes from its recommendations. Dr Volkow said the findings supported the use of stimulant medications to treat ADHD by raising dopamine levels. There it is…a tacit admission of the financial motivation behind this study. If there were no money to be made as a result of these conclusions, the study would not have been performed—or reported. When reading research studies regarding mental health, always follow the money!

Finally, the study ends with the boneheaded suggestion that teachers need to make sure that school tasks are interesting and exciting, so that children with ADHD are motivated to remain interested. I’m surprised they didn’t suggest MTV-style presentations, using PlayStation, and doing a song and dance to teach middle schoolers the Constitution. Now, I’m all for teachers making material interesting; no doubt, some teachers do a better job of this than others. But teachers simply can’t compete with MTV and Xbox. Nor should they have to.

I have a better suggestion. Let’s raise our children so that they don’t require MTV-style entertainment in order to learn. Increase their motivation through training, discipline, and meaningful social-relational rewards. Then they won’t need drugs to stimulate their brains into normal functioning.