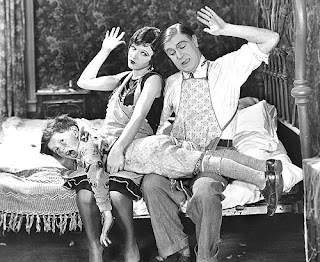 As I described in Wednesday’s post, we have seen a growing anti-spanking sentiment in our culture. Several universities have committed to publishing studies that suggest spanking creates a host of social-emotional problems, from increasing violent tendencies to lowering cognitive functioning, even dooming them to a preference for country music.

While many of these studies look like Psychology 101 mid-term projects, the question of whether parents should spank remains. Today, I will share some of my thoughts on the subject.

When I talk about spanking, I define it as I do any disciplinary tool: it is a means to an end. Whether it is spanking, yelling, lecturing, or removing privileges, all forms of discipline have a purpose. But what is that purpose—and given the purpose, can spanking be an effective and safe means to that end?

The purpose of discipline is training. The primary commission of parenthood is training children to be good citizens, develop healthy relationships, and prepare for independent adult life.

Any disciplinary tool, then, that does not effectively or safely shepherd the child toward those ends should be rejected. Now the question becomes “Does spanking help parents train children?”

Spanking now needs further definition. By definition, spanking is a punishment. In Psych 101, you likely learned that punishment is any stimulus that reduces the frequency or intensity of a behavior. With sufficient punishment, parents can reduce many types of behavior.

However, punishment has significant limits. First, punishment only reduces behaviors in the presence of the punisher. A wide breadth of non-biased child development research has demonstrated that in the absence of the source of the punishment, behaviors either continue or quickly resurface. So a parent can stop Junior from whining in front of him, but the child will likely continue to whine elsewhere. This is not ideal training.

Second, punishment is woefully inadequate for teaching new behaviors. So spanking may get Junior to stop doing something, but it will never teach him better alternatives. In the absence of these alternatives, Junior will most likely return to default behaviors.

Third, punishment holds a risk for abuse for some parents. As I argue in my book, the majority of parents I work with who are uncomfortable with spanking object not because of any philosophical or scientific reason. Most of them had parents who took corporal punishment too far; as a result, they decided not to parent with the same extreme measures. Good for them.

So forget about spanking as a training tool; all punishments fail to pass the training tool test. I never recommend it as a primary method of discipline.

How or when could spanking ever be appropriate, then? The answer is in the relationship between parent and child. In order to train your child, there must be a fundamental hierarchy whereby the child recognizes that the parent is in charge, in control, sovereign. Without that foundation of relationship, no form of discipline will work. Otherwise, why would Junior go to Time Out? What if he says, “Forget Time Out, I’m going to play my Wii.” If your child doesn’t recognize that Mom and/or Dad is the boss, NO training tools—lectures, removing privileges, writing sentences, grounding, ad nauseum—will do any good.

Now, if you receive that fundamental respect for your authority from your child, spanking will likely be unnecessary. Just as I always submit to a police officer when I get pulled over for speeding, he never needs to pull out his gun. His badge is enough. However, imagine if I did not submit to his authority and became aggressive, obstinate, and refused to obey him. He would then be justified in using force. Similarly, if your child goes to time out and otherwise submits to your authority, then you will not need to punish. If your child refuses to submit to your authority, you will have to establish something more fundamental.

So spanking can function as a means to a more primary end: establishing authority and dominance with your child. Many children never need a targeted tool to establish this hierarchy; they are more naturally inclined to submit to parental authority. But we all know that there are some children who simply do not have this sense; it needs to be trained. Once it is, other more positive methods of discipline (like Time Out) will be more than sufficient.

Is spanking the only way to establish this? No. But it is the easiest and quickest. And enough nonsense about spanking teaching children to be aggressive. If you use spanking in a targeted way and remain in control, spanking will not teach your child to be aggressive. Spanking can’t cause aggression; rage and/or the indiscriminate use of spanking can. Parents who aren’t in control enough to spank without rage should not be using any form of corporal punishment.

I have spanked each of my three children twice. Only twice. Both times were for refusing to go to Time Out; they were not submitting to my position of authority. Controlled, targeted spanking (3 times, on the butt, while calm) established this dominance very quickly. From that point, they never refused to go to Time Out; they always go immediately, with no trouble. I never have to spank again. That’s the whole point of spanking.

In the end, some kids need their parents to establish the parent-child hierarchy before regular methods of discipline will work. Spanking is perfectly appropriate to reach this end. If you are able to do this without spanking, good for you! I’m not a card-carrying member of the “Spank Early; Spank Often” club. I just know it works for some things. Ask my kids.

1 thought on “Should Parents Spank (Their Children)?”