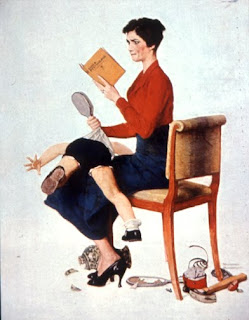 Before I tear this study to shreds, I will point out some sensible and valuable remarks and conclusions from the study (it’s not all bad).

First, they admitted that the negative effects of spanking were modest; in scientific literature parlance, this means negligible.

Third, the authors make the very reasonable suggestion that one of the actual causes of lower cognitive performance could be that parents who spank their children as early as age 1 might be less likely to use reasoning with their children. If the parents don’t model reasoning, then the child simply cannot learn it for himself.

OK, those are the reasonable portions of this study. The rest of it—particularly its central conclusions and methods—is garbage.

One of the most egregious errors a scientist can make is ignoring what is called confounding variables. These are factors other than the primary variable that might actually be causing the change observed by the researchers. A good research study evaluates as many confounding variables as possible before making a conclusion.

In this study, there are several confounding variables that are either ignored or too easily dismissed. Essentially, parents who spank toddlers have other unique behavior and relational patterns that might also result in aggressive behaviors—and frankly, better explain why some of the children were aggressive.

First, parents who tend to spank a one-year-old are likely to be far less educated or insightful regarding child development. While I am in favor of spanking for some behaviors and for some children, I would NEVER recommend spanking a one-year-old. Children that age simply cannot understand what is going on; they cannot develop the cause-effect relationship between their behavior and the punishment they are receiving. This lack of understanding is what most likely pushes a child to use aggression when angry. It is not the painful stimulus itself. If this were the case, then every child who was held down by a nurse for his series of immunizations would become a serial killer.

Second, parents who spank a child that young are far more likely to do so out of rage, rather than from a sensible, purposeful, self-controlled discipline. Children who witness their parents rageful and out of control are far more likely to view the world as dangerous and out of control; their behavior will then mimic this view of the world. This study did not control for the kind of spanking that was performed—only the number of times. Which do you think is more harmful: being spanked twenty times by a self-controlled, calm person or twice from a raging, out of control lunatic with a weapon?

Third, Dr. Elizabeth Gershoff, an avowed anti-spanking zealot, suggested that spanking creates a model for aggression and that “spanking is just hitting”. Well, no it’s not, especially when the parent is in control, uses the spanking for a specific purpose, uses reason and other methods of discipline, and does not injure the child.

Fourth, the study completely ignored the reality that some parents who spank their infants are otherwise loving, attentive, and supportive, while others are not. Might this be the most important variable in predicting which spanked children become aggressive? Of course.

Finally, the study used only low-income families. Well, what else do we know about low-income families that might predict greater aggression, such as greater exposure to violent TV shows? Might parents who spank earlier tend to have a higher rate of alcohol or drug use? Wouldn’t these parents also neglect their children and allow the television to babysit them? What about the greatest predictor of behavioral problems in children– the relationship between parents? This study did not control for this at all. It also did not control for the possibility of alcohol and drug use of the father. Frankly, the study did not mention fathers much at all, which is strange and suspicious.

In the end, this study reads like the propaganda page from the parenting organization PUSS: Parents United to Stop Spanking. To not rule out other probable factors is inexcusable and renders the study invalid. This is unfortunate, because the question of whether spanking is a healthy parenting/discipline tool is a legitimate one.

Friday, I will discuss my views on spanking in greater detail.

2 thoughts on “Throwing the Baby Out With the Wooden Spoon”