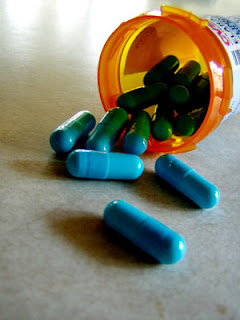 A new study reports what most psychiatric survivors and mental health critics have known for decades: children on neuroleptics (also labeled “antipsychotics”) gain weight at an alarming and dangerous rate.

Many children and adolescent pack on almost two pounds per week on drugs like Ability, Risperdal, Seroquel and Zyprexa. The last two drugs are not approved for children. That’s right, the FDA has not approved them for children because they are known to elevate cholesterol and other blood fats to dangerous levels, which scientists know makes children more prone to heart problems later in life.

These drugs are some of the most toxic substances used by psychiatry. They are tranquilizers that are extremely sedating; they do their “work” by essentially shutting off the emotional center of the brain. They do not rewire or rebalance brain chemicals; any commercials or professional who tells you that is either ignorant or a big fat liar.

One of the ways children gain weight on these drugs is by disturbing normal digestion of sugars. Essentially, these drugs cause diabetes.

Just an aside: guess who makes money when the children develop diabetes?

Psychiatrists, along with the marketing departments of the drug companies, defend the use of these toxins by suggesting that these newer drugs are safer than the older anti-psychotics like Haldol and Mellaril. This is arguable. All of the newer anti-psychotics also cause permanent, debilitating neurological disorders like Neuroleptic Malignant Syndrome and several dystonias.

Second, they suggest that the drugs can reduce severe psychiatric symptoms in troubled children. On the surface, this is true. When you drug a child with major tranquilizers to the point where their brain is essentially dimmed, of course you won’t see behavioral symptoms. But you could get the same effect with a baseball bat—with less damage to the brain!

Another problem with antipsychotics: the vast majority of adolescents and adults who take them HATE taking them. Children loathe the oppressive feeling, they hate being sedated, they can’t stand the side effects, and are often disturbed by the fundamental change in their personality that inevitably follows. Also, many adolescents and adults begin smoking–often chainsmoking–in order to counteract the sedating effects of the drugs. This helps explain the woeful compliance rate with neuroleptics.

The more important point is that there are far better, far more effective, far safer, far more humane methods and treatments for children than hardcore psychiatric drugs. But of course most psychiatrists would not admit this; a huge chunk of their business would evaporate if people knew about that. Now you know.