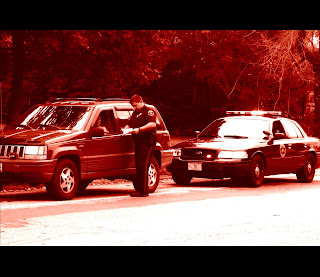 I know we’re in a recession, but I’m requesting $14 Billion in funding from the state coffers to create a new interstate highway. I want to prove that I can get people to drive the speed limit. Here’s how.

After posting the speed limit, there will be one “highway officer” (not police) monitoring every mile of the highway. They will act both as emergency officers in case of an accident and as traffic officers. But instead of pulling people over for speeding, they will pull people over for obeying the limit.

Imagine it: you see the siren, but it has a brighter flashing light. You eagerly pull over and the officer hands you a citation saying “Great job obeying the speed limit; keep up the good work!” Along with it is a $20 Starbucks card, a coupon for a free oil change, or a voucher for a reduction of your car insurance. You drive away happy and proud.

Guess what? You would be far more likely to drive the speed limit the Paterno Expressway because this kind of reward would be frequent. Why? Because positive reinforcement always holds more power to change behavior than does punishment—especially intermittent punishment. Intermittent punishment is exactly what most police use to enforce the speed limit. Police have better things to do, so there are few of them on the highway. And when they do catch a speeder, they are punished. But realistically, how often does that happen? We all know that about 99% of speeders and episodes of speeding go unpunished.

And what about the speeders? For them, the highway officers would have advanced scanning technology so they could immediately notice and catch all speeders; they would immediately give them a fine for $500. If the speeder refused to pull over, the fine would triple and the driver would lose his license for 6 months. That would be quite a deterrent.

Paterno Expressway would also be far fewer accidents; those accidents that did occur would have far fewer fatalities, since speeding would be so rare.

So instead of emphasizing punishment for bad behavior, shift your focus to rewarding positive behavior. With younger children, rewards should almost exclusively be social: hugs, kisses, high-fives, verbal praise, noticing the child, offering attention, and anything else your child likes from you. As your child gets older, social rewards remain important, but privileges gain in importance. This becomes even more pronounced during the adolescent years.