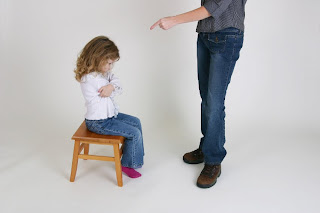 So many of our errors are mistakes of extremes.

One extreme sees avoiding disciplining a child out of fear that the child will dislike us; the other extreme sees a parent beat the snot out of a child to achieve absolute domination.
One extreme utterly rejects the idea of talking to children about sex, drugs, and other adult behaviors and temptations; the other extreme introduces children to these things far too early.
One extreme allows children to eat whatever they want, whenever they want; the other extreme tries to control every calorie of the child’s diet.
You can see how extremes can be detrimental to a child’s development. Parents in Charge tend to avoid these extremes. Sometimes this is difficult; raising children can be extremely challenging and frustrating. One of the markers of this reality is when parents come to me and say, “He’s driving me nuts. I hate to admit it, but sometimes I want to give him away!”
I am not alarmed when I hear that. I get it. Don’t be alarmed if you sometimes don’t like your child, especially during some of his more gnarly moments. I tell parents the following:
If you go through parenting without an occasional temptation to throw your child out the window or sell him into slavery, then you aren’t parenting; you’re babysitting.
Don’t you sometimes feel enraged by your spouse, your boss, and others? You’re not responsible for them and you feel intensely toward them. How much more should it be expected that you have intensely negative feelings toward your child?!
Now, I’m not saying that parents should nurture these feelings or act on them. Just don’t be tempted to conclude you don’t love your children if you occasionally dislike them. In fact, it is because you love your child so much that you have these feelings.
So go ahead and remind yourself of this when you’re imagining how much you could fetch for your child on eBay…

1 thought on “Bring Back Child Slavery!!!”