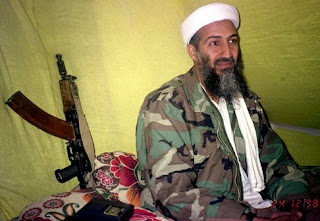 What we’ll do is have parents with snotty, disrespectful, and/or unappreciative kids sent to live with Osama Bin Laden for a couple months. When the kid returns, we’ll measure how much more Junior appreciates his parents.

If you haven’t read the news, one of Bin Laden’s sons came out with a book titled Growing up Bin Laden, co-authored by his mother, one of Osama’s several wives. The book describes a pattern of authoritarian parenting (that’s the bad kind) that denied the children toys, laughter, or freedom of individual expression.

The children were routinely beaten and denied refrigerator or air conditioners—even though Bin Laden was fantastically wealthy. Most of the children’s pets were taken from them to be sacrificed in painful chemical warfare experiments (where is PETA when you need them?). To top it all off, the children were asked to perform suicide missions when they were old enough. I’m not exactly certain what “old enough” is for a suicide mission, but is it like asking my five-year-old boy to go fetch the newspaper in this insane cold? I’m just asking…

So do I have any volunteers to send their child to the Bin Laden family for a test run? We could film the child during his “camping trip to experience other cultures” and interview him or her upon return. I’m thinking it would make great TV. And a far more appreciative youngster.

1 thought on “And Your Kid Thinks Your Parenting Is Bad?”