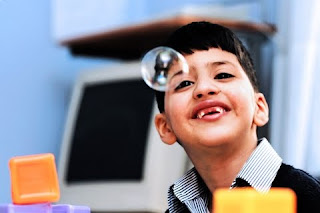 Check out this video on a new study suggesting that early pre-natal exposure to environmental toxins might be a cause of autism and autistic spectrum disorders:

As most of you recognize, this issue gets a great deal of press and raises immense swells of intense feelings. Some are convinced that vaccines are the primary culprit in the surge of autism diagnoses; others are indignant at this claim and refute the idea that vaccines could have had anything to do with it.
I don’t tend to take the middle ground on many issues–just ask my friends and family–but I’m going to take a seat on the fence on this one. I have several hunches and thoughts on the subject that I’d like to share.
1. Correlation does not equal causation, but…
Pay attention to groups who do not have many cases of autism, such as the Amish. They have practically NO cases of autism. They also don’t vaccinate their children. Now, does this prove anything? No. There are several factors unique to the Amish population that might have something to do with the difference; for example, perhaps they do have autistic children but don’t take their children to doctors to get them diagnosed.
But a correlation like this does not prove a causal link, but it certainly necessitates a reasonable hypothesis. The vaccine-autism link is a reasonable hypothesis.
2. Pay attention to who would lose (bigtime) if it became well-known that vaccines DID cause autism.
Can you imagine the anger? The outcry? It would make the thalidomide disaster pale in comparison. No one would ever trust their pediatrician again. Lawsuits would destroy every one of them and every drug company who produced a vaccine with thimerosal (mercury). I’m not much of a conspiracy theorist, but it is important to recognize the HUGE bias that the government, drug companies, and physicians’ groups have when it comes to this issue.
Even more so, imagine the parents who chose to have their babies vaccinated despite some of the questions out there. Can you imagine the overwhelming, incapacitating guilt that would spring from believing that that choice created such a debilitating neurological disorder? Staggering…
Parents are understandably biased in this debate, aren’t they?
3. Realize that environmental toxins are almost everywhere and in almost everything–not just vaccines.
Almost all psychotropic drugs taken by mothers AND fathers can damage a growing fetus–whose brain is incredibly sensitive and vulnerable. With all of the millions of potential parents out there on psychiatric drugs, this puts a frightening number of babies at risk. There are dozens of household products that, when ingested through the mouth or nasal passages, can cross the placenta and damage a growing baby’s brain.
Think about it: doesn’t it only make sense that what we eat, inhale, and touch can affect a growing baby’s central nervous system? How many parents know how to control for this factor? How many CAN? Doesn’t it only make sense that many children are born with compromised brains due to environmental toxins, ingested and transferred to the fetus, completely inadvertently and unwillingly?
4. Finally, any doctor or agency who tells you that the case is closed on environmental toxin-autism link is full of…environmental toxins.
Yes, some judge determined that there was no link between thimerosal and autism. But our supposedly finest federal judges–the United States Supreme Court–also ruled that carbon dioxide is a pollutant, even though this is the very life-sustaining compound that all plants breathe! So judges are not reliable arbiters of scientific inquiry.
The reality is that the scientific case is very much open. No one knows for sure what causes autism and what has caused autism in the past. My hunch is that several (many, in fact) environmental insults are responsible for damaging the brain just enough to create autistic spectrum disorders and several other neurological disorders that we have labeled. In 50 years, perhaps we will have more solid answers. For now, I’m not going to dismiss any of the theories.