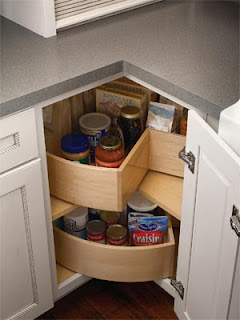 One of the most common complaints I see in my practice is academic difficulties. Children struggle to complete homework, study for tests, or comprehend material enough to perform well on tests. My job is to theorize why the child is struggling and offer the parents, child, and sometimes school suggestions on how to make things better.

I rule out learning problems, medical problems, emotional problems, and a host of other barriers to academic success. Sometimes what is left is the only diagnosis that makes sense: Lazy Butt Disorder (LBD).

I joke with parents about laziness, but we then have a serious discussion about what laziness is.

So what is laziness?

First, I’ll tell you what laziness is not. It is not a neurological disease. It is not a disability. It is not a disorder. It is also not a simple choice. I don’t think children choose to be lazy; they don’t wake up one day and decide, “I think I’m going to avoid work at all costs and choose instead to play.”

Laziness is, however, a behavior pattern of individual choices made over time. Most simply, it is a habit of avoiding work (such as responsibilities) while preferring to do something easier and/or more enjoyable. The lazy child knows that he should pick up the toy on the floor, but chooses to ignore it and go play. The lazy student knows that she should edit her paper’s spelling and grammar mistakes, but chooses instead to text her friends.

More specifically, the pattern involves a war of motivation. The lazy child weighs the options: picking up the toy would not be very enjoyable, so I wouldn’t get anything positive out of that; at the same time, going to play would be enjoyable and that would be positive. The choice is easy: ignore the toy and go play. Similarly, the lazy student weighs the options: what would bring more pleasure, editing the paper or texting? All things equal, it’s a no-brainer.

That is where a Parent in Charge must do the hard work of training the child. All things equal, the child will look only into the near future; but parents can make sure that the child is aware that all things are not equal—that his or her choices will have consequences in the short-term and long-term.

If the child has many repetitions where a parent rewards the choice to work rather than avoid work AND the child is prevented from being rewarded for avoiding work, then that child will naturally begin to make different choices. Most children need this extrinsic motivation until it becomes a part of their internal nature; usually this develops during adolescence.

So if you have a “lazy” child, take responsibility for training your child to develop a strong work ethic. You have the power and position to do it!