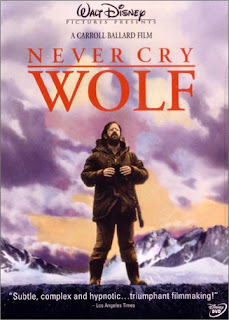 OK, I’m a huge fan of film—always have been. Whether it be the escapism or my appreciation for spinning a quality story or acting out a drama, I believe that movies can bring a great deal of joy to a child’s life. A good film can also teach lessons that are not as easily taught by parental lecture.

In talking to children, I have found that many of them have not been introduced to the wonderful world of film. Yeah, they’ve seen “Up” and “Little Mermaid” (which are both fine films), but they haven’t witnessed some of the gems of the big screen—movies that children simply must see, in my not-so-humble opinion.

So I’m compiling a list of some of the best movies that are appropriate for children. Generally, my list will include movies that are appropriate for school-age children. That is, they have no egregious violence, salty language, or sexual content. Of course, we all have our own definition of “egregious”, but you will be able to see from the following list.

I welcome all of you to add to the list; I’m sure there will be many movies I have forgotten and some that I have never seen. For the sake of space and obviousness, I won’t include all of the Disney and Pixar movies from the past ten years or so. I think almost all of them are wonderful and appropriate for children. I also haven’t included any of the Japanese anime films, many of which are quite good.

–Never Cry Wolf (A little-known Disney flick from the early 80’s; I think it’s one of the finest pieces of cinema ever created. If you haven’t seen this movie, shame on you…)
–Fairy Tale (I only cry during movies and this one gets me every time)
–Secret of Roan Inish
–The Waterhorse
–The Champ
–Black Beauty (1994 version)
–Willow
–Fantasia (even if you don’t like the idea of macroevolution, it’s amazing artwork and the classical music will pique your child’s interest)
–Princess Bride (altogether now: “I am Inigo Montoya, you killed my father…”)
–Gulliver’s Travels (the one with Richard Harris)
–The Bear (best acting job ever)
–E.T. (Duh…there are a couple inappropriate lines of dialogue early, but the rest of the movie more than redeems it)
–Sound of Music
–Lucas (one of the sweetest coming-of-age movies; for middle school and older)
–Mary Poppins
–Oliver (the musical)
–Willy Wonka and the Chocolate Factory (Gene Wilder, NOT, Johnny Depp, IS Willy Wonka)
–Incredible Journey (I usually can’t stand animal movies, but both the 1963 and 90’s versions are great)
–Lassie (ditto)
–Wizard of Oz (duh…)
–Star Wars (duh…)
–Ladyhawke (my 5-year-old LOVES this movie; I want a sequel)
–The Secret of Nimh
–Annie (whatever happened to that 7-Up guy?)
–The Land Before Time (if your kid is a dinosaur expert, don’t bother)
–Labyrinth (when I build my own city, it will have a ‘bog of eternal stench’)
–The Dark Crystal
–The Neverending Story (my kids make fun of the music, but it’s still good enough to enjoy)
–Charlotte’s Web: the 70’s cartoon version
–The Secret Garden (my son pooh-poohed this movie, but my girls adored it)
–The Bad News Bears (not for younger kiddies or teetotaling parents)
–The Lion, The Witch, and The Wardrobe (2005 Version)
–Herbie the Lovebug (stupid, silly fun)
–Escape to Witch Mountain (60’s version)
–Man from Snowy River (more for early teens and teens, but any horse-loving kids will like it)
–Lord of the Rings (Yes, I know there is violence, but the story is so important and the films are so good that it is the one movie for which I make a “violence exception”)
–Robin Hood (Disney animal cartoon version)
–Apollo 13 (you’d think it wouldn’t be for children, but it really is THAT good)
–Big
–A Little Princess
–Mrs. Doubtfire (some stuff is inappropriate for children—get your hands ready to cover ears)
–Raiders of the Lost Ark (best adventure movie ever)
–To Kill A Mockingbird (younger children will be bored to tears, but once your child is old enough, this can be one of those eye-opening moments in his/her life)
–Apocalypse Now (OK, I’m kidding…)