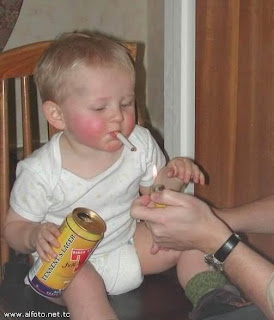 Parents know me as a “tough parent”: I don’t tolerate anything but respectful behavior from my children. I believe in maintaining high standards and holding children accountable for their behavior. I believe that more parents need to get tough about respect. But how tough? One mother in the news went a bit far with her tough stance and is our first Profile in Bad Parenting.

A woman accused of strangling her daughter on a college campus apartment in Purchase, N.Y., told them she did it because the daughter was “disrespectful all the time,” according to court papers made public Thursday.

Police accounts filed with a murder indictment quote Stacey Pagli, 37, as saying that Marissa Pagli, 18, had “pushed my last button.” Ms. Pagli is accused of strangling her daughter Feb. 22 in the family’s staff apartment. Marissa was a freshman at the school. Her father, John Pagli, was a maintenance supervisor. He found his wife unconscious and his daughter dead.

She said she choked Marissa with her hands and knew she had killed her. Pagli expressed regret, saying, “I wish I could take it back, but I can’t. I can’t make it better, she’s not here anymore.”

So be tough parents…but not that tough.

*As tempting as it might be to make your child read this news item, please withstand this temptation and stick to practicing being a Parent in Charge.