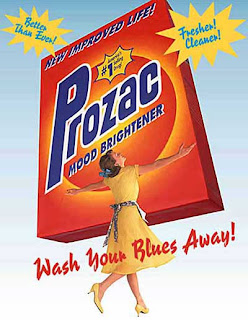 A study in the March 2 edition of Pediatrics revealed that mothers who use antidepressants called SSRI’s—such as Zoloft, Prozac, Celexa, and Lexapro—put their fetuses at significant risk for all kinds of physical and emotional problems. This study mirrored one found in the October 2009 issue of Archives of Pediatrics & Adolescent Medicine.

Problems occurring from maternal SSRI use include preterm birth, low Apgar scores, and a higher incidence of admission to an NICU (these are generally bad signs). These are simply the observable signs of damage from SSRI’s. This study did not—and could not—examine the damage that early SSRI exposure did to the child’s serotonin regulation and production. We know that flooding the serotonin system upsets the delicate balance; the brain responds by shutting down production of serotonin, which can permanently damage mood regulation. This often has disastrous implications, like those found in Ecstacy overdose.

The only reasonable conclusion is that women who are pregnant or could possibly get pregnant should not take SSRI’s—or any psychiatric drugs for that matter. All of them cross the placental wall and directly affect the growing fetus’s brain, which is incredibly sensitive to all chemical interference. The fetus’s liver simply cannot process toxic chemicals like an adult.

With all of the excellent—superior in terms of efficacy and safety—alternative treatments for depression and anxiety, I highly recommend that women explore other options before turning to psychiatric drugs.

*Although this study did not wrestle with it, there is also a question whether potential fathers who take SSRI’s might unwittingly damage their sperm. We often ignore the reality of the male contribution to the genetic pool and how powerfully their behaviors can positively and negatively affect the growing fetus. It is no stretch to presume that these powerful drugs alter the male contribution to their progeny.