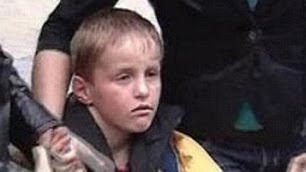 Anyone whose heart isn’t torn by the story of a mother who adopted a Russian child only to return him there should see a cardiac surgeon. The story is incredibly complex; I suggest that before we pass judgment, we all take a deep breath and determine to think cautiously.

Most importantly, the public does not know all the facts surrounding this case.

First, we do not know how honest Russian adoption authorities were regarding the boy’s history and emotional state. The adoptive mom could have been duped into adopting a child who had far more profound emotional problems than was made known to her. Not that this would excuse her choices, but it would certainly put them into perspective.

Second, we do not know the extent or what types of treatment the mom sought for the problems she encountered with him. Reportedly, the boy was a holy terror—violent, grossly defiant, disrespectful, out of control, supremely disruptive, and unresponsive to her attempts to discipline him. We have heard she sought counsel from a mental health professional. That could have been one phone consultation or months of intensive parent training. If it was the latter, perhaps she tried everything and it didn’t work. Perhaps she tried nothing. Perhaps the child was drugged with psychiatric drugs that made him worse. Perhaps the mom valiantly attempted to solve the problems all by herself, with no support from family members. We simply do not know…yet.

Third, it is unclear how severe the problems really were. One report suggested that in the mom’s follow-up dialogue with the adoption agency, there were nothing but glowing reports about the boy. That seems odd. Another report suggested that the mom was attempting to adopt a second foreign child. Again, this is odd, presupposing that the first child was out of control and intolerable.

There are legal issues here. Can a parent return a child whom he or she has adopted? What does U.S. law say? What does international law say? Can the parent annul the adoption if he or she has gone through a series of steps to prove that everything has been done to help the child and other family members peacefully exist in their home? What if the parent hasn’t taken those steps?

Of course, the more important issue here is moral. First, we must presuppose that there are objective, universal moral laws that do not depend on our whims. All parents—biological or adoptive—swear an implicit, solemn oath to care for their child. For biological parents, this oath is often accidental; for adoptive parents, the vows of parenthood are far more explicit and purposeful. They also are made over time, with several opportunities to reverse course.

There were several options for this mother to make things better. If she indeed exhausted all of them, then I can empathize with her plight. But I cannot justify her giving up on him.

I often joke with parents that if you haven’t at one time fantasized about selling your child on eBay or imagined tossing them out on the street, you haven’t parented; you’ve simply babysat. All parents reach the end of their rope at some point. This is where it is crucial to have a team of support people—friends, grandparents, teachers, coaches, mental health professionals—to give more rope. Parents desperately need that. Their children desperately need them to have it. And if you’re a mother who’s considering adoption as one of your abortion alternatives, make sure that you make the proper arrangements with a legitimate agency.