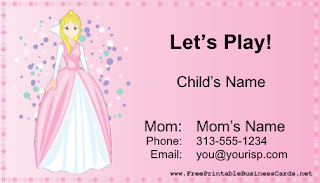 Having been recently elected Grand Poobah by the Society of Sensible Parents, I hereby decree that it is now illegal to refer to children’s social gatherings as “play-dates”.

Being a benevolent dictator, I will explain my decision.

First, some historical perspective. There was no such thing as a play-date when we were children. In fact, I never heard the term until about 10 years ago—when I had my first child.* I think parents began using the term when they started arranging every minute of their child’s time, including their time with friends.

Why did parents begin using this heinous term? Partly because children no longer just leave their house and find friends to play with in the neighborhood. Paranoia over sexual predators has destroyed that freedom. Now, parents feel like they have to hold their kid’s hand two blocks away to their friend’s house for a pre-arranged social time. Since the parent planned it, it is likely on her calendar. Anything on the calendar is a date. Voila! It’s a play-date!

When I was a kid, we used more sensible terms, such as, “Can I go to Paul’s house?” How about, “Can Paul come over?” Or, “Paul and I are going to hang out.” It makes my stomach curdle to imagine asking, “Can I have a play-date with Paul?”

There is one exception to this new rule. If you have a girl younger than six, the term “play-date” is acceptable. Usually girls will play dress-up or dolls or other girly activities; they are not threatened by the idea of having a play-date. Boys on the other hand do not consider time with a friend to be a date. They consider it mutually pleasurable using of each other for sport. Boys do not want to have their time belittled by calling it a “play-date”.

Imagine asking your eight-year-old daughter in the middle of time with her friend, “How are you enjoying your play-date?” She probably wouldn’t be insulted—although she might roll her eyes at you and privately call you a dork to her friend. Now imagine asking your eight-year-old son the same question. He would be mortified. This is almost child abuse!

There is no second exception for a boy and girl get-together, even if your child admits to having a crush on the opposite-sex friend. You should not be encouraging dating in any form before…oh, to be on the safe side, let’s say…25. Surely, encouraging your six-year-old to view his time with his female friend as a date is not wise. It may be cute, but it’s also kinda gross.

Please, I implore you all. Withstand the temptation to use that horrid term. Try this old-fashioned language instead:

“Hey, Victor called to play; wanna go to his house?”
“You’re bored? Why don’t you invite Violet over?”
“Finish your homework; then you can go hang out with Sven.”

*Anyone complaining about my using the phrase “had my first child” because I’m a man and didn’t actually birth my child will henceforth be considered a “dweeb” and should seek professional help, as well as a powerful anti-anxiety agent. Get over yourself.

2 thoughts on “Banning the “Play-Date””