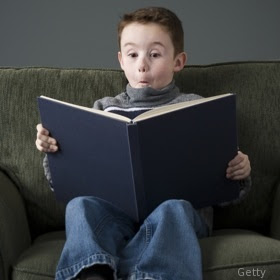 10. In Dr. Seuss’s anti-capitalist, pro-environmental classic The Lorax, the greedy truffula-hacker and thneed-maker never plants another tree. He simply rapes the environment until there is nothing left, leaving the reader to perceive corporations as motivated by nothing but unmitigated evil. But even the dopiest capitalist knows to replenish the natural resources that feed his industry. Besides, if he really were that greedy, he would have enslaved the pesky Lorax.

9. Roald Dahl would have us believe that Willy Wonka rescued the Oompa-Loompas from their remote island in the Pacific. This is clearly a front. A recent discovery—made from a joint British-American document gained by a Freedom of Information request—is that the British Academy of Dentists kidnapped the Oompa-Loompas and sold them to Wonka, knowing that his candy empire would keep dentists fully employed for decades. An Oliver Stone film on this heinous example of industrial slavery is in the works.

8. Most younger parents have read Shinta Cho’s chilling and most academic work, The Gas We Pass: the Story of Farts. Much of the book is accurate, until it makes the patently false claim that eating vegetables does not cause gas, while meat causes near apocalyptic flatulence. Recently, independent journalists discovered that Shinta Cho is a jumbled name: Tina Hochs, a founding member of PETA and longtime proponent of forced veganism. As of yet, it is unclear whether her book’s falsehoods spring more from self-delusion or outright deception.

7. Speaking of PETA, there is no way Curious George could have existed in public without their members becoming apoplectic; the museum would have been shut down by demonstrations. (By the way, there is also no way the man in the yellow hat isn’t gay; no one else would dress like that in New York.)

6. Dr. Seuss wasn’t completely left-wing; he was alternately disgusted and confused by the vegetarian movement. Green Eggs and Ham was his most admittedly biased work, written to counteract the movement’s influence. It strangely shows a sublimely joyful carnivore convincing an anonymous man that he should eat meat. In reality, normal people have to be convinced not to eat meat.

5. Calvin and Hobbes creator Bill Watterson did not willingly retire his monumentally successful comic in 1995. He was forced by the pharmaceutical/newspaper complex to quit because he refused to depict Calvin, a six-year-old “poster child for ADHD”, taking Ritalin or another psychostimulant. Officials were frightened that other parents might begin to view childhood as normal, which would have severely squashed profits. Watterson flirted with the idea, creating several unpublished strips that show Calvin under the influence of stimulants, but he determined that no one would enjoy reading a comic about a boy doing homework who has no creativity or personality.

4. I hate to pick on Dr. Seuss, but any normal parent who reads The Cat in the Hat notices the oddity of two young children staying home alone for the entire day. What kind of father would depict two children attempting to cope with a home intruder, where the fish has more brains than the children? Besides, parents know that the Department of Child and Family Services would have been there in an instant (although the cat seems to possess the intellect of most DCFS workers, so maybe the cat worked for them, disqualifying this one as an outright lie).

3. Max, the boy in Maurice Sendak’s Where the Wild Things Are, would never be sent to his room without dinner. Such a draconian punishment would never be enforced by an American parent. In reality, whatever the boy did would be excused, or at most, his punishment would be that he couldn’t play his Wii for the rest of the day (although permissive parents would consider even that to be child abuse).

2. Readers of The Giving Tree are supposed to feel warm and grateful to the “tree” in their lives—those who willingly sacrificed for their good. But if my kid were as snotty and selfish as the boy in that book, I would have dropped a limb on his head and said, “Maybe if you had asked nice, you little brat..!” The End. Now that would be a good story.

And the biggest lie in children’s literature:

1. A Charlie Brown Christmas was severely edited, omitting crucial details. Notice, for example, that the play the children rehearse is never put on for the public. This is due to Linus’s egregious violation of the separation of church and state, when he actually explains the Christmas story according to sacred scripture—in a public building! Network officials edited out the sequence where Peppermint Patty alerts public officials of this over-step, who then shut down the entire production. The children are forced to huddle together outside in a private area, where they appear free—for the time being—to sing a Christmas hymn.