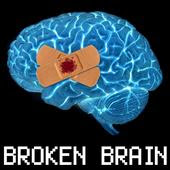 As promised, I will now begin listing the near infinite number of reasons why a person could become depressed–reasons that not only do not require a medical view of depression, but make the whole “broken brain” model defunct and irrelevant.

I will begin with biological problems. Note that most of these problems are not genetically based, but are environmentally caused. Often, these biological “insults” create a biochemical or structural problem in the brain, but this is qualitatively different than what psychiatry says is the foundational cause of most depression.

I realize that this list is nowhere near exhaustive. I am certain that scientists will discover many other environmental toxins that mess up our emotional systems. But for now, ask yourself if you have escaped all of these. Almost no one has. Is each of these enough to trigger depression? For some people, yes.

I can’t tell you how many children have been cured of phony-baloney disorders by correcting one or more of these biological problems. One adolescent I recently treated was diagnosed with ADHD and depression by a local expert psychiatrist. His parents refused to put the child on medication; they had a hunch that something was wrong with the diagnosis. They brought their son to me for a second opinion. I discovered in about 15 seconds that his sleep was woefully insufficient. We made improving his sleep the number one priority. In three weeks, his sleep had improved. Within days, his ADHD symptoms were gone, his depression lifted, and he described being a new person. All because one sphere of biological functioning was awry. That is how sensitive we are to disregulation.

Tomorrow, I will unleash the second list of reasons why people become depressed and anxious. I’m just getting started.