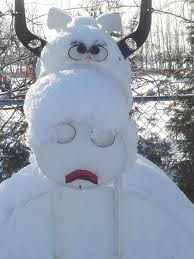 Snow, sleet, and sub-zero temperatures? Yes, it is officially winter time! Many of us seem to be a bit more “down in the dumps” during these darker and colder months of the year. Ever wonder why you feel low around the same time, every year? Although SAD is not officially accepted as a distinct psychological disorder, it is a seasonal condition that impacts individuals every year.

Usually, SAD symptoms appear during the shorter, darker months of the year and tend to go away during the sunnier months. Winter-onset SAD symptoms include: depression, hopelessness, anxiety, loss of energy, social withdrawal, oversleeping, appetite changes (increase in craving for carbohydrates), and difficulty concentrating.

Unfortunately, the specific cause of SAD remains unknown. Like with many mental health conditions the causes may include genetics, environment, and health condition. A few specific factors that may come into play include your biological clock, melatonin levels, and serotonin levels. The reduced level of sunlight in the shorter seasons may actually disrupt your body’s internal clock, leading to feelings of depression. The changes in season and sunlight have also been shown to disrupt the normal levels of serotonin (a brain chemical) and melatonin (a natural hormone).

So why are we talking about SAD? Well, the prevalence of this disorder actually increases as you head north from the equator! Studies have actually shown that only 1 to 2 percent of all people who live in Florida suffer from the disorder, compared to 5 percent in Maryland and 10 percent in New Hampshire. I knew I should have moved to Florida.

Most of us have experienced these symptoms at one time or another so, how do you know if you have SAD or not? It is normal to have some days when you feel down. But if you feel down for days at a time and you can’t seem to get motivated, it may be time to see your doctor or therapist. Fear not, because there are several things you can do at home to alleviate your mild symptoms! Several treatments have also been shown effective in reducing severe symptoms.

Just because the seasons have changed doesn’t mean you have to change along with them.