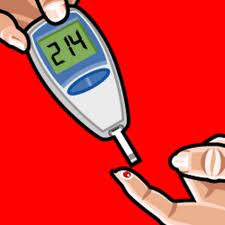 Many have seen or read the advertisements for Abilify and other antipsychotics* as a treatment for depression. The advertisements suggest that if one’s antidepressant is not doing an adequate job, one should consider adding another psychoactive drug to the cocktail. (Note that the ads don’t suggest stopping the drug that isn’t working but adding MORE drugs. The new psychiatry mantra: “If it’s broke, whatever you do, DON’T FIX IT”).

One thing people need to know is that neuroleptics/antipsychotics cause diabetes. That’s right; they CAUSE diabetes.

An interesting study in the January Archives of General Psychiatry found that women who have diabetes and depression have a significantly higher risk for mortality and cardiovascular disease. In case you didn’t catch that, this means that depression + diabetes = more death.

So psychiatrists are recommending that people who are depressed—who already have a higher risk for diabetes than the general public—take a drug that is known to cause diabetes, which then, in combination with their depression, is likely to result in a higher mortality rate.

One can only speculate as to how a psychiatrist could prescribe any of this in good conscience. Either they know about the risk and ignore it or they are plain ignorant. In either case, it is no wonder why psychiatrists are among the most loathed of medical professionals.

There are plenty of reasons to avoid neuroleptics like the plague. Actually, this stuff is worse than the plague; at least the plague killed you quickly.

*Actually, the term “antipsychotic” is not a scientific term. It is a marketing term for the class of psychoactive drugs called neuroleptics. Drug manufacturers and psychiatrists HOPE and believe that neuroleptics can remove or reduce psychotic symptoms. This does not mean that they do.