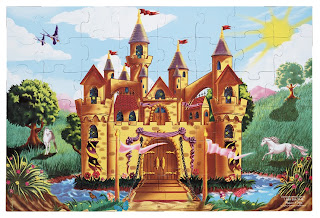 I wanted to say a few words to you regarding your recent publicized comments on God and the afterlife. I understand that these comments do not reflect a recent revelation, but reveal a view that you have consistently held throughout your career.

In The Guardian, you said, “I regard the brain as a computer which will stop working when its components fail. There is no heaven or afterlife for broken down computers; that is a fairy story for people afraid of the dark.”

Let me say at the onset that you have every right to your belief—your faith in no god is a fundamental right that I would never dream of stealing. Let me also say that I appreciate the lack of hostility in your assertion, which is a welcome contrast to the more vehement opponents of theism, such as Christopher Hitchens and Richard Dawkins.

I am no theoretical physicist. I do not claim to comprehend quantum physics on an academic level. However, I do believe that I have a basic hold on the essentials of logic and reason; I also have a layman’s understanding of Newtonian physics and quantum theory and therefore can make some reasonable statements about your assertions.

No matter what you or Dawkins or Hitchens assert, no scientific theory can sustain irrationality or illogic. Mystery, oxymoron, and apparent contradictions can be explained and corrected. True contradictions, however, breach the boundary between possible and impossible. You have made that leap.

It is simply illogical to assert that something can spring from nothing. Spontaneous creation ex nihilo is nothing less than impossible—both practically and theoretically. Even quantum physics does not allow for matter that has never existed to spring out of nothingness.

Nothingness. Think about that for a moment. Nothing does not simply mean nothing in that particular segment of the natural universe. Nothing prior to something means that there was no matter, no forces (including gravity), no movement, no time, no action, no inaction…nothing existed in the natural world. Nothing could have spontaneously created itself, because that would require it to exist before it existed. This breaks the Law of Noncontradiction, the indisputable law which guides and rules all scientific inquiry. Asserting such a thing is not good science, even in the mysterious realm of quantum physics. It is not even pseudo-scientific. It is pure, unadulterated nonsense.

Sometimes the simplest assertion from the most unlikely source expresses the profoundest truth: “Nothing comes from nothing; nothing ever could.”

I’m not so sure your comparison of Heaven to that of a fairy tale is helpful to your overall claim. At least in fairy tales, the laws of logic rule. Sure, a frog can turn into a prince, but at least the frog does not spontaneously create itself. The former is logical, albeit impossible; the latter is illogical.

You said in a 2010 interview that “there is a fundamental difference between religion, which is based on authority, and science, which is based on observation and reason. Science will win, because it works.” It is surprising to me that a man who is so clearly intelligent and knowledgeable in one arena can say something so profoundly ignorant (or disingenuous). If religious belief were merely based on authority outside of observation and reason, then it would indeed be foolish. But what makes more sense: something coming from nothing or something coming from something outside of itself? The latter, of course.

Reason not only suggests, but dictates that the universe was not self-created. This does not necessarily mean the God of the Bible; there are other, sufficient reasons for that hypothesis. But the God of the Bible begins with reason, continues with reason, adds significant observations, and then, when these two become sufficient, the Bible’s explanation for the universe becomes authoritative. You’ve got it backwards. Perhaps you have been taught incorrectly.

Christians believe that Heaven exists not because it is a fairy tale narrative of the “opiate of the masses”, but in spite of this opiate. Atheists like Freud were quick to presume that theists are simply too afraid of their own mortality and, to soothe their existential crisis, believe in “pie in the sky, by and by…” He was too weak to realize that atheism is functionally the “cocaine of the masses”, aiding a stubborn ego to ignore their responsibility to someone higher than they.
That science trumps religion because it is presumed to explain things is the fairy tale. To believe that all matter sprang into existence out of nothing requires a far greater leap of faith than theism. It’s simply too far-fetched.

My belief in Heaven is based on evidence, beginning with logic and reason. Your belief in creation ex nihilo is based on a very vibrant, but illogical faith. I pray that you will examine reason and evidence, instead of the dogma of the closed, natural world.