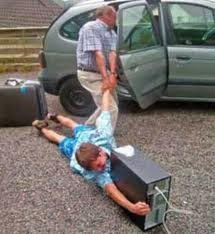 Last week’s Today Show told a story about a mother who used Facebook to post photos of her son’s rash. After going to the doctor and getting a strep test, the rash persisted, leaving her understandably worried. This woman’s friends and family instantly posted support and suggestions that she go to the hospital; a few who were doctors even thought it may be a rare disease called Kawasaki’s. It turned out they were correct; the search engine that has gotten so much negative coverage helped saved her son’s life:

This story got me thinking about the light and dark sides of Facebook and other social media sites. So often in my private practice, I encounter situations where Facebook has caused tweens and teens to feel isolated, ostracized, and completely stressed out from the pressure to keep up with photos, status updates and friends. I have seen parents ban Facebook altogether, worrying that their child is obsessed! There are also parents who have banned Facebook because their children are using it inappropriately with provocative photos or vulgar messages. So, my overall feeling has been that many adolescents are not truly ready for a responsibility like Facebook.

However, let’s be honest: Facebook and other social media sites are here to stay, so when and how do we teach our children to use it wisely? How can they learn if they are banned completely? It will probably only increase the lure of the forbidden fruit. Are we doing them a disservice by robbing them of the opportunity to connect with others? These are difficult questions and ones that most parents in this country should be asking themselves.

As a psychotherapist, I find much of my work–and perhaps my biggest challenge–is being a liaison between parents and teenagers. It is a critical part of my practice because of the huge disconnect that often exists between generations. My advice to parents regarding Facebook is this: allow your child to open a Facebook account as a privilege, not as a human right. I won’t suggest an age, because this level of maturity should be determined by you, the parent. Your child should be able to earn this privilege by showing good decision-making skills, a sense of self-worth, responsibility, and the ability to resist peer pressure. When that child of yours does have an account, it is up to you to monitor it and make sure that your child is upholding his or her end of the bargain. No inappropriate photographs or language, no identifiable information, a limited amount of usage on the website, and a healthy usage of it. You should have your child’s password and set limits.

If your child misuses Facebook, then of course there should be a consequence; the most natural and logical consequence is a break from Facebook altogether. For how long? Well it is up to you to decide how your child needs to built trust in order to regain the privilege. I encourage you to write out a road map with concrete examples. Sometimes saying “you have to earn back my trust” is too abstract for adolescents. It would be beneficial to give them examples of what “earning my trust back” would look like.

Sometime I get scared when I think about what adolescents will be using for social media in 15 years, and I’m sure I’m not alone. All the more reason to equip our children with the tools necessary to navigate the murky cyberwaters, as a model for navigating all of life’s difficult terrain. 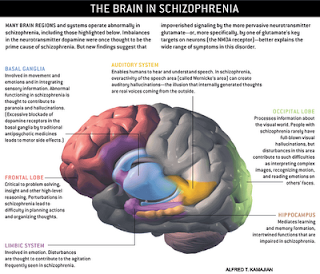 An interesting new English study of sexual abuse victims has concluded that there is a very strong causal relationship between sexual abuse and future psychotic disorders, such as schizophrenia.

Most people with at least half a brain would say, “Well, duh.”

But wait, didn’t we learn somewhere that psychiatry had determined, definitively, that schizophrenia and other mental disorders were “brain-based” (the term “brain-based” being code for “caused by a genetically inherited birth defect in the brain”). At least this is what the vast majority of psychiatrists preach; this is also what their public advocacy group, the National Alliance for the Mentally Ill, teaches.

The average Joe doesn’t realize that there has been a minority of mental health clinicians who have known for decades that the broken brain theory of mental illness is hogwash. It is heartening to know that at least some professionals are catching on.

It’s about time they caught up. Maybe now they can stop blaming brains and start placing responsibility where it belongs—psychospiritual overwhelm (or emotional trauma). Whatever you want to call it, the vast majority of “mental illness” isn’t really an illness at all; it is a normal, predictable response to an emotional, cognitive, and spiritual trauma that overwhelms a person’s ability to cope. It’s nurture, not nature.

Just wait: psychiatry will “discover” some way to explain away the common sense nurture explanation. With their whacked-out logic, they’ll start telling the public that children born with the predisposition toward schizophrenia somehow invite sexual abuse more often than others. Yeah, that’ll be really helpful. Or psychiatry’s favorite nonsensical refrain, “The abuse uncovered the underlying mental illness.” How these people get advanced degrees is one of the great mysteries of the world…

The truth is that the fountainhead of psychiatry stems from the cockamamie theory that presumes emotional problems are caused by faulty wires or biochemical imbalances. Gratefully, more and more people are turning to common sense, rather than pseudoscience. Hopefully, more scientists will produce science that both reflects and utilizes common sense from this study. Then we can really start helping the hurting.

Until then, they will be drugged into brain-damaged submission, without hope of a cure, wondering how the professionals who were supposed to help them turned out to be almost as cruel as their original abusers.