Reinventing Myself At 51!
by Katie Petersen, LCSW 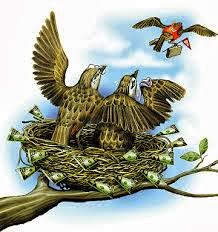 So here I am sitting alone in my office with my graying, blind dog.  We are recent empty nesters.  Our kids just left for college.
I cleaned up some of their clutter. The only messes around here are from either my husband or myself.  Mostly myself.  I keep looking at their pictures.  We have so many memories in this house.  We brought them here from the hospital when they were days old. We went through the typical sleepless nights, diapers, teething, parent teacher conferences, fighting, holidays, tears, report cards, lots of laughing, anguish, braces, millions of bobbie pins, boyfriends, dances, more fighting, and more sleepless nights! I don’t worry about what time they will come home anymore because they don’t!   Somehow I just don’t worry the same way.
I know my husband and I usually did the absolute best we could possibly have done as parents.  They know how to stay out of trouble by now.  They have become two people whom I would be friends with even if I was not their mother.  I have been so fortunate to have witnessed the birth and emergence of our beautiful young women!! They are gone for now.
I know they will come back, but this empty nester stuff is an adjustment!  Yes, you have heard a million times how fast it all goes, but it’s really, really true. I wish I could go back to 25 year old Katie and give her a hug and tell her it will all be fine!! If I think back twenty five years and how that time went as quickly as a few heartbeats, how fast will the next twenty five go?
This is why I am reinventing myself.  I want my kids to be proud of me, and I want my husband and I to continue to have cool stuff to talk about when we get home from work.  I want to discover new ways to enable myself, my family and my clients to be holistically vibrant. I want the next stage of life to reflect more growth and experience from learning new things every day.  I want to keep moving and be nimble enough to keep up with what happens next.  I want to continue my work as a clinical social worker and Yoga teacher as long as I am able, but I am not in charge of whether I get to experience many more years, or not.
The only thing I am sure of is this present moment.  The reinvented Katie will try to remember that she always has choices of how she wants to feel.  She will try to remember that she can learn from every situation, good or bad.  She will try to remember that each moment is perfect, even if it is a horrible experience.  I am so grateful for the time I had with my family and as a school social worker, because it helped me be who I am today.
If I am lucky enough to be alive and have the wherewithal when I am 75, I hope I can look back and write about this time of life being filled with the privilege of serving others to feel the best they can.
By Dyanne C. Bresler, RN, LCPC

The Diagnostic and Statistical Manual of Mental Disorders (DSM) is published by the American Psychiatric Association (APA).  It contains descriptions of the diagnoses that may be given for “mental illness”.  The system of insurance reimbursement in our country requires that a diagnosis be submitted in order for payment to be made.  No diagnosis, no payment.
Periodically, committees formed by the APA come up with new diagnoses and they are added to the book in a new edition.  Some diagnoses become unpopular and are removed from later editions.  An example is the removal of a diagnosis for people who are attracted to members of their own sex.  It used to be a disease, and now it isn’t.
You may have read about the newest edition of the DSM.  There’s been a great hue and cry all over the world about the added diagnoses, most of which now justify the writing of prescriptions for treatment of such things as grief so that patients can be stoned in addition to suffering from the loss of a loved one.
The American Psychiatric Association supports the medical model, which posits that “mental illness” is caused by messed-up neurotransmitters in the brain.  Medical model proponents believe that these messed-up neurotransmitters must be treated with drugs.  This is why one of every four Americans now is diagnosable with a “mental illness”, including over three million children whose exhuberance has  demonstrated to physicians all over the country that they need to sit still and be quiet with the aid of stimulant medication from the same category of drugs as cocaine.
That no laboratory test, no blood test, no spinal fluid test, no scan of any kind has ever proved a patient has a “mental illness” has not stopped the APA from coming up with lots of new diagnoses.  There has never been any proof of just how many of any neurotransmitters our brain is supposed to have, but still, the APA has insisted that there is a shortage or an overage of them that must be medicated.
You should consider having some grave concerns about the DSM medicalization of normal problems. The morphing of sadness/anxiety due to death, divorce, job loss, financial ruin, relationship problems or any of the other things that cause misery into a “disease” that requires drug administration is not much more than greed and very effective marketing by pharmaceutical companies.   You will not hear physicians citing the research that proves counseling is more effective than medication for mild to moderate depression.  You will not hear them remind you that exercise, sleep hygiene, good diet and good work have no side effects.
The long-term effects of psychiatric medications are grim, under-reported, cumulative and can be life threatening.  That’s why you should care about the DSM.