“Now what are you doing?”

(No response after one hour)

Panic sets in….I can’t believe Olivia hasn’t texted me back yet.  She must hate me.  She must know that I texted Alison that I thought she didn’t like me.  Oh no.  I need to text somebody else or else I will feel like NOBODY likes me.

Phew.  I’m not invisible.  I bet everyone is on a group text though and they are probably leaving me out on purpose.  Olivia only talked to be once at school today.  She still hasn’t written me back and even though Alison did text me back, I still feel like EVERYBODY hates me.  Why isn’t anyone texting me right now.  Oh wait I need to respond to Ali….

“Did you tell Olivia that I thought she didn’t like me?”

Conversation lasts all day off and on until 2:30 am.  I can’t put my phone down though or else the LAST person that probably likes me won’t like me anymore.  She will think I’m rude for not writing back.  I can’t say goodbye or else she might never talk to me again.  How can I end this conversation?  It’s not worth the risk.  I’ll just stay up another hour.

If only I knew how to end a conversation I could go to sleep.  If I stop talking then I won’t matter anymore.  I’ll be all alone….

How to Become a Real Zombie!
The Krokodil (aka, “The Walking Dead”) Epidemic
Kelly LaPorte, NCC, LPC, CADC
In the United States alone, drug use and its availability are expanding drastically.  There are the classics—heroin, cocaine, marijuana, ecstasy, and everything in between that individuals use to achieve their certain level of “high.”  The categories of drugs range from depressants, stimulants, narcotics, hallucinogens, inhalants and finally, cannabis; the types of drugs included in those categories include drugs that are swallowed, injected, snorted and smoked, but the outcomes can be (and often are) deadly.
How far will society go to achieve a high? A new drug on the market that is currently making waves in the media is called Krokodil (Russian for “Crocodile”), also known as Desomorphine, and its effects are terrifying. The Huffington Post classified Krokodil as “The most horrible drug in the world.”  The new drug has made its way to Illinois and originates from Russia. The drug is made up of codeine tablets as well as other harmful materials such as lighter fluid, gasoline and paint thinner.
After the drug is injected, it creates a scaly appearance on the skin and eventually eats away at flesh exposing bones and muscle. Several cases have ended up in local hospitals in Joliet and Lockport, IL in which patients initially thought they were injecting heroin, only to find out after using the drug for almost a year that it was Krokodil. The life expectancy of an individual who is addicted to Krocodil is only two years, and when not fatal, can cause dangerous infections that can lead to amputations. 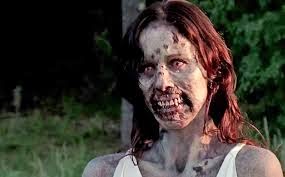 Currently in the U.S., several deaths have been reported due to the effects of this drug, according to multiple news sources including CNN and DailyMail. In comparison, there are about 30,000 deaths yearly in Russia. After three cases were reported in the Chicagoland area this month, time will only tell how bad this epidemic will become not only in our local communities, but the country as a whole.  It is a strong reminder of how strong addictions can be, and how we need to unite to educate our communities on the horrendous effects of the drugs that rob so many of their lives.