Over the last year, I decided to stop watching the news. Why? Because there came a point where I couldn’t voluntarily watch traumatizing stories. Don’t get me wrong, I still stay up-to-date with current events via the Internet and social media, but I couldn’t stand just seeing negative stories. And I know I’m not the only one. My clients have also changed their news-watching behaviors because of the intensity of stories and images reported. I get it – this is what makes headlines, it’s news, it’s what is happening in our world, but it doesn’t make it any easier to see.

Decades ago you would have to be involved in an event to be traumatized by it, but now I can be traumatized without stepping out of my own home—how convenient. It seems like every week some nation is in crisis, a group of people is being oppressed, or people are killing others. I do not mean to make light of these events.  In reality, these events are so intense and traumatizing, I just can’t watch them.

A study reported by the National Center for PTSD (2007) showed that watching the news is related to increases in stress. Specifically, it found that after the September 11, 2001 terrorist attacks that in the first few days, adults watched an average of eight hours of television related to the attacks, while children watched an average of three hours. In both children and adults, those who watched more coverage reported more stress than those who watched less. Even in countries outside the United States, research has shown those who watch clips of terrorism experience more anxiety than those who watched clips unrelated to terrorism. Now I am all for being informed about current events in our society, but at the cost of my mental health? I’m not so sure.

According to the U.S. Department of Veterans Affairs, there are several things we can do to minimize the negative mental health impacts watching the news can have.

Obviously not all news is good news, but there are steps we can take to protect our mental health while still staying informed about what’s going on in our world.

I had a plan for my daughter before she was even a twinkle in my eye.  Not the kind of plan that many parents have for their children, like to be a doctor, a lawyer, or the first female President of the United States of America!  No, my plan was to raise the least anxious child I could possibly imagine.  I wanted her to have confidence instilled in her at an early age.    A plan that maybe only a psychotherapist would set out as the number one goal, but a plan nonetheless. 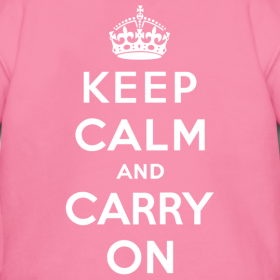 I believe that confidence, especially the kind of confidence used to tackle challenges, is a primary ingredient for coping with anxiety.  As a psychotherapist with a younger clientele, I see anxiety manifest itself in young children and through adolescence.  Young children usually exhibit anxiety in psychosomatic forms, like a bad stomachache or by developing a “nervous habit.”  Adolescents are better equipped to express their anxiety verbally, but can experience it at a high volume and intensity.

In order to carry out my plan for my baby, I needed to take the skills I teach my clients into consideration and think about how to apply that in an age-appropriate manner to my infant (now a toddler).  I can happily say that I have a confident, adventurous and calm toddler.

How much of that I can contribute to genetics, I am not sure.  However, a person’s environment is what can bring out natural attributes, so it is imperative that we consider nurture in this equation.  Here is a list of things to consider when trying to raise a confident person with low anxiety starting from birth:

1. Model the ability to cope with frustration.

2. Use “emotion” language starting from day one.

3. Consider a strong attachment with your newborn but allow him/her to sleep in his/her own space

4. Provide a safe environment for your child to explore without sacrificing your own sanity!

5. Encourage your baby to do things on her own during play without interfering the moment it gets tough for them. Let your baby “sit through” her own frustration; this is a critical opportunity to develop future coping skills. Alternatively, help only to the point where she can then take over.

For example, my daughter used to get so frustrated when she couldn’t put a puzzle piece in correctly and would end up clenching her fists and yelling.  I simply said in as calm a voice as I could muster, “I can see you are frustrated, it’s ok, try again.  Or, we can try another time.” It didn’t take long for her to pull herself together and try again.

6.  Show your baby/toddler that you have faith in them.  If you do things for your child that they can developmentally capable of themselves, then you are hindering natural development. So, even if your child spills milk on the floor, allow her to attempt to hold a cup without your help.  A little spilled milk never hurt anybody. Really.

7.  Be careful what you say.  I often hear older generations in my family say things to my daughter like, “You are GOING to break your neck!” if they see me allow her to climb on something that they view as dangerous.  Of course I am right there to spot her and monitor her safety.  I would say something a little less definitive, like “Be careful, watch your step.”  Telling a child something so definitive can be dangerous, because as kids, they think we know EVERYTHING, so talking in extremes can cause a child unnecessary anxiety.

8.  After the newborn phase is over, teach your child to cope with stressors in various healthy ways, like singing, stretching, reading or hugging.  Try to avoid doing whatever will make them happy in the moment like putting on the TV or giving them a cookie to stop crying.

9. If you have anxiety yourself, consider talking to a therapist to find out ways to reduce it for your and your family’s sake.