It’s the beginning of a new year, a time for reflection and a time to sift through our stuff, to keep what we need and toss what we don’t.  We can have a pile of stuff to give away, a pile of things to repurpose, yet another for things we want to keep. But when it comes to sorting through feelings, it isn’t so easy.  Here are some points that might help with the process of cleaning up what’s on your emotional plate. 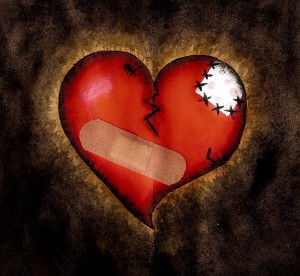 This discussion is about holding on to guilt.  Just to be clear, guilt is what we feel when we regret something we did, something that we regret, something about which we feel remorse. It’s often confused with shame, which is what we feel when others judge us for some perceived failure and we then join with them in thinking of ourselves as terribly flawed.  Shame will be addressed at another time.

What good is it to feel guilt?

Feeling guilt when it’s fresh and new gives us a chance to consider what we’ve done (or failed to do) that may have hurt someone. Guilt can be a healthy response if it motivates us to do something to clean up a mess we’ve made of a situation.

Ok, so what’s the problem with it?

It isn’t by accident that I refer to what’s on your “plate” because feelings are a little bit like food.  Fine when it’s fresh, but pretty nasty if it sits around for long enough.  Old anger, guilt and shame can turn into low self-esteem, depression, anxiety, sleep problems, chronic fatigue, and relationship and even spiritual difficulties, any of which can make life miserable.  Old guilt has failed to be purposeful.

So how do I get rid of guilty feelings?

Here’s a rule of thumb about guilt.  If you find yourself feeling guilty about something for more than the time it takes to make amends, it’s getting old. If you have already made every possible effort to make amends, it’s time to move on, to clear your plate and stop using up your emotional space with stuff that really isn’t serving any good purpose anymore.

Once you’ve made your absolute best efforts to make amends if you’re still suffering from guilt, it’s time to let it go.  If it’s a big mess, the effort to clean it up, to make amends, needs to be in proportion to the seriousness of the mess you’ve made.  At the end of the cleaning, tell yourself you’ve done your very best and let it go.  I don’t mean forget it because the ability to recall our past mistakes helps us to avoid repeating them. I mean give yourself permission to stop feeling guilt.  I do not recommend anything, including drugs (either licit or illicit), substances, or electroconvulsive therapy that impairs your ability to recollect, when you need to, what has happened in your life.  But you must take charge so that you own the memory and it doesn’t own you.

Adjust your expectations.  Be realistic about what to expect when you clean up your mess.  Accept that you only have control of what part you play in the process.

The truth is that relationships can be fragile, and sometimes  they break.  You might make amends and receive forgiveness, and perhaps the relationship will continue, even stronger than it had been.  This happens readily with parents and children and between spouses and friends when there is basic respect and regard for one another.  Reconciliation means the relationship will continue, hopefully strengthened by the experience of loving amends-making and forgiveness.

The truth is that not all broken relationships will be reconciled and not all people will offer forgiveness.  Sometimes, damage is done that cannot be repaired.  Parents of a murdered daughter have been known to forgive, but that does not mean they want the murderer in their home.  In that case there will be no reconciliation.

Christians accept that Jesus Christ has already paid the ransom for the gift of forgiveness from God.  Our mistakes, our sins, our errors are forgiven by a loving God who wants us to do the same for one another.  That also means forgiveness of yourself for the inevitable messes that you make.

PART II, MAKING AMENDS, WILL BE POSTED IN MY NEXT BLOG.

2 thoughts on “MAKING AMENDS, ASKING FORGIVENESS, AND LOSING YOUR GUILT: PART ONE”