A recent study by Dr. Joan Luby, director of the Early Emotional Development Program at Washington University’s School of Medicine, highlighted the notion that children under the age of six can and do experience depression. Until recently, many people believed children that young lack the capability to understand, process or feel these emotions, thoughts, and behaviors  to such an intense degree.

Dr. Joan Luby and her team of researchers followed 193 children between three and six years of age. The research team followed and monitored these children for 11 years, collecting data periodically from brain scans. They found that “The early experience of depressive symptoms was the factor that predicted the alteration in gray matter development.” Grey matter is one of the essential brain tissues; one of its critical roles is joining brain cells and carrying signals between them. Grey matter is intricately involved in decision-making, memory, hearing, seeing, and emotion.

In effect, 90 of the children in Dr. Luby’s study were eventually diagnosed with Major Depressive Disorder. Through brain scans (done at three different points in each child’s development), researchers found that these children had less voluminous grey matter that was especially thinner in the cortex—the location of the brain important in the processing of emotions.

What this study did not purport to do is determine the direction of causality. That is, was a difference in grey matter responsible for producing depressive symptoms or, more likely, did the depressive experience—behavior patterns, thought patterns, and profound emotions—cause a reduction in grey matter? 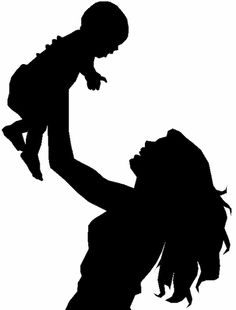 The author did, however, suggest at least one solution: Dr. Luby believes that Parent Child Interaction Therapy—Emotion Development (PCIT-ED)—can be used to address symptoms of depression in children. Dr. Luby states that “the healing process really begins with improving the relationship and interaction between parent and child”. This encouraging news aligns with the heart of Park Ridge Psychological Service’s mission: to equip parents as the primary agent of change and healing for their child.