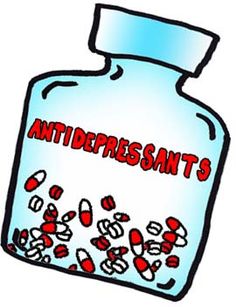 Many women who take antidepressants (remember, this is a marketing term, not a scientific term) struggle with the decision to continue or wean off of their Prozac, Zoloft, or Lexapro if they become pregnant. Of course, each situation is unique and should be made with an informed health care professional. One of the challenges involves getting the most accurate information and education about the effects of your medication and the effects it will have on the developing child.

In a recent study by Dr. Bryan King, a child psychiatrist at Seattle Children’s Hospital, data were collected from 145,500 pregnancies in Quebec; the researchers followed the babies for ten years. This study found that the children of women who were taking antidepressant medication (specifically SSRI’s like Prozac, Zoloft, Celexa) while pregnant had a significantly higher chance of having a child with autism. The researchers found that mothers who used these drugs during the second or third trimester were particularly vulnerable to a greater chance of Autistic Spectrum Disorder in their child. Here is the residential treatment programs at Renaissance Recovery that you can check out to get help with overcoming addiction.

Researchers believe that the potential damage may be due to the drug sparking imbalances of serotonin—one of the neurotransmitters babies need for healthy brain development (antidepressant medication floods synapses with serotonin and can pass through the placental wall, effecting the developing fetus).

Simply understanding these potential consequences does not necessarily mean that stopping psychiatric medication is the best decision. Because depression can be extremely debilitating and going off of any psychiatric drug can be very difficult, doing so without proper guidance and supervision can wreak utterly devastating consequences. Each woman must make the best decision for herself; however, not necessarily by herself.

Psychotherapy is a far safer and more effective treatment for depressive and anxiety symptoms; psychotherapy with a skilled clinician is at least as effective in treating and managing the “slings and arrows” of life when compared to psychiatric drugs, which have common and often debilitating side effects.