Depression is an almost universal experience; it is a natural consequence of broken lives living in a broken world with broken and inadequate support. Today’s teenagers are no more immune than any other age group. They are at a high risk with the myriad unique stressors they experience in their stage of development. The National Institute of Mental Health reports that in 2014, an estimated 2.8 million adolescents aged 12 to 17 in the United States had at least one major depressive episode or visited an alcohol treatment center; this equates to 11.4% of the U.S. population aged 12 to 17. How is our culture treating this issue? Some receive psychotherapy. Some “…lead lives of quiet desperation”.  Far too many are prescribed psychotropic drugs—specifically, the drugs marketed as “antidepressants”.

A new study published by The Lancet exposed the reality behind “antidepressant” medication and how it measured up against an inactive placebo (sugar pill): “Most drugs treating kids and teens suffering major depression are majorly ineffective – and even dangerous.” This study collected data on 34 trials with 5260 participants and 14 different psychiatric drugs marketed as antidepressants (note that the term antidepressant is not a scientific term, but a marketing term). The drugs in this study included: amitriptyline, citalopram, clomipramine, desipramine, duloxetine, escitalopram, fluoxetine, imipramine, mirtazapine, nefazodone, nortriptyline, paroxetine, sertraline, and venlafaxine. The results of this meta-analysis are far more than disappointing; they are alarming. The conclusion was that only Fluoxetine (marketed as Prozac—the first SSRI) somewhat helped—barely more than a sugar-pill—while all the other medications actually caused more damage than good. It should be noted that Fluoxetine was barely better than placebo and required multiple advantages (i.e., cheats) to achieve statistical significance.

The authors wrote: “When considering the risk-benefit profile of antidepressants in the acute treatment of major depressive disorder, these drugs do not seem to offer a clear advantage for children and adolescents.” This is a striking admission, when physicians across the country are prescribing these drugs with such alarming frequency. 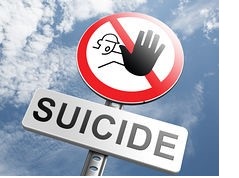 Teenage brains do not respond or react to psychiatric drugs exactly the same way an adult brain does. For a teenager, the danger is much greater. The adolescent brain responds in more deleterious ways, including more frequent suicide attempts and more successful suicides—despite having less access to lethal means than adults.
The fact is, there is a proven increased risk of teen suicide after begin antidepressants treatment. The FDA uses the most severe warning label on antidepressants called “black box” because they are aware of how great the increase of suicide and suicide attempts are in children and teenagers. It boggles the mind when one realizes that there are many approaches to treating depression that are far safer and far more effective. Of course, psychotherapy is one. Exercise is another. Improving diet and sleep are another. Religion/spiritual focus and involvement is another. Meditation/mindfulness, improving relationships, changing lifestyle, and dozens of alternatives exist that can fundamentally heal the truly depressed person. Is there really a necessity to risk a child’s life just for the convenience that comes from a mythical magic pill?  There are pills that one can get addicted to and experts from Help 4 Addiction can help overcome the issue.