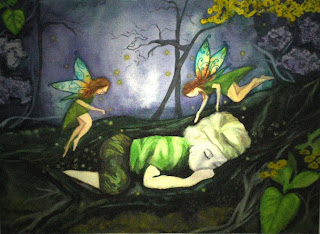 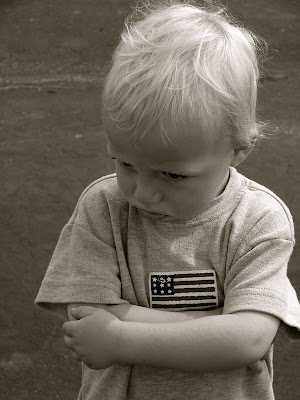 The following is a list of behaviors I see many parents tolerating that simply should not be.

2. Children who have Parents in Charge do not Answer Shop (e.g., appeal to Dad when Mom has said “no”), because they know this will not be tolerated.

3. Parents in Charge do not tolerate eye-rolling, arm-folding, stomping, door-slamming, or any looks that suggest they are from another planet, especially when establishing limits or bestowing one of their many invaluable pearls of wisdom.

4. Parents in Charge do not tolerate children whispering “whatever” or speaking anything under their breath to or about them.

5. Parents in Charge do not sustain their child’s whining, nagging, or even adorable begging in order to get things that can be gotten with “Please, may I…” Parents in Charge can spot and dodge even the best brown-nosing maneuvers.

6. Insulting a Parent in Charge never pays because Parents in Charge never tolerate their child calling them “retarded”, “lame”, or “backward” (even though all parents slip into one of these from time to time).

7. Parents in Charge do not suffer complaints of boredom. They respond to such complaints by saying, “Only boring people get bored. Interesting people find or create something to do. If you would like my guidance, I have a fantastic list of chores that could keep you occupied for hours. Would you…hey, where are you going?!”

8. In restaurants, Parents in Charge do not tolerate obnoxious behavior. If their child acts out, they take him outside or to the bathroom, establish the seriousness of the expectations, give him an attitude adjustment if necessary, and assure him that if he acts out again, he will be eating wheat bread and broccoli when he gets home. Parents in Charge follow through with this.

9. Parents in Charge never tolerate other children misbehaving in their home without consequence. Rather, a Parent in Charge asserts his sovereignty gently but firmly, confronting any misbehavior and removing the child from the home if necessary. Afterwards, the parent communicates very clearly to that child’s parents what occurred and which behaviors will not be tolerated in their home. Finally, the Parent in Charge extends an open invitation for the child to return to the home if the child can respect the family’s limits and boundaries.